by The Green Tambourine Band 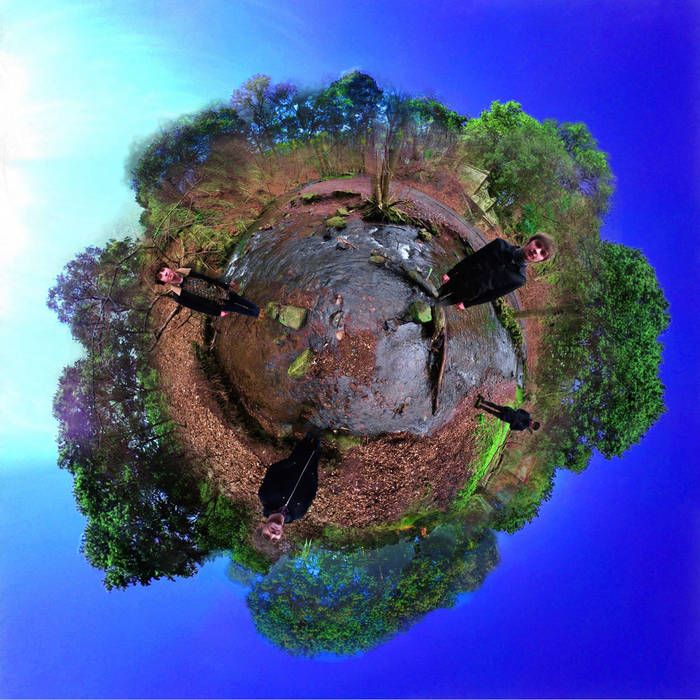 Based in Edinburgh, Scotland, longtime friends Jack, Liam and Murray first came together musically over five years ago, and officially became known as the Green Tambourine Band in 2012, with another old friend Ross joining in 2013 to comprise the full line up.

Using vintage analogue gear, the creation of their debut full length has been an unhurried process that has allowed these melodically endowed psychedelic gems to reach their fullest potential before being unleashed upon an unsuspecting world.

Each half of the album is based around a different suite of songs, with the first "...Let Yourself Be" side encouraging the purity of living life in the moment via a set of concisely executed garage/psych folk-rock gems with the jangle of early Love and the melodic clout of "Revolver" era Beatles.

The second "Aum" side on the other hand represents the beginning of the universe, the world now, and the destruction and rebirth of a funky new world in its three interconnected parts.

As well as including ten individual tracks the download also contains Side A and Side B as two separate continuous tracks to experience the music as it would be on vinyl. Also comes with album artwork.

You Are The One That I Love To Love written by Burns, Payne, Pettit.

From The Seed Into The Flower written by Burns, Payne.

I Want You To Be written by Burns, Payne, Pettit, Lynchehaun.

Here She Comes written by Burns.

Through The Looking Glass written by Burns.

Produced by Jack Burns with The Green Tambourine Band, recorded between April 2012-November 2012 and April 2013-August 2013.

Our main focus is creativity over commerciality.

Bandcamp Daily  your guide to the world of Bandcamp

Serena Cherry debuts her black metal project, plus a Pick from the Crypt block from Svalbard